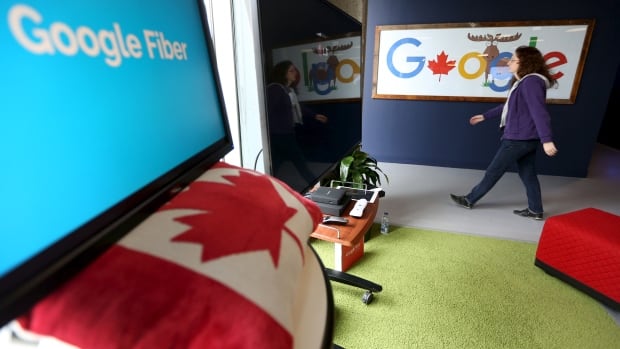 Google took its case against Canada’s proposed online news law to a parliamentary committee on Tuesday, warning MPs that the legislation is flawed and won’t address the challenges facing struggling Canadian news organizations.

Colin McKay, director of public policy and government relations for Google Canada, told members of the Canadian Heritage Committee that while it supports a sustainable future for Canadian journalism, Bill C-18, the Online News Act — which would force online platforms to compensate Canadian news organizations for the use of their content — will not do what the government hopes it will do.

“In its current form, C-18 will make it more difficult for Canadians to find and share reliable and authoritative news online,” McKay said. “It will also have, at best, unpredictable results for the evolving Canadian news ecosystem.”

McKay said the legislation directs platforms like Google not to give “undue preferences” that could be detrimental to any news company. He said it also offers a very broad definition of what constitutes a qualifying news operation and does not require such operations to adhere to “basic journalistic standards.”

“This will lead to the spread of misinformation and clickbait,” says McKay. “Combined with the ‘undue preferences’ provision, this means Canadians can be served by foreign propaganda outlets alongside reporting from Le Devoir or the Globe and Mail.”

McKay argued for voluntary contracts to compensate media outlets for content distributed online, like what has been achieved with Le Devoir and dozens of other news organizations across Canada. But he declined to disclose details of any of those deals, saying they are subject to non-disclosure agreements.

Google found no support for its position among the other organizations that appeared before the committee on Tuesday.

While the five other organizations offered the committee’s suggestions to improve the legislation, they generally supported Bill C-18, saying it would help Canadian news organizations.

Between them, Google and Facebook receive 80 percent of all online advertising revenue in Canada — about $9.7 billion a year, according to government data.

Canadian Heritage Minister Pablo Rodriguez says the Liberal government is introducing legislation to force digital giants to compensate news publishers for the use of their content.

Meanwhile, thousands of journalism jobs have disappeared, media outlets have closed and many Canadian communities have turned into news deserts without local news coverage.

When he introduced the bill in April, Rodriguez described the situation as a “market imbalance” that allows Google and Facebook to profit from news content on their sites for free.

“News channels and journalists must be fairly compensated for their work,” he said. “It shouldn’t be free.”

Similar legislation has been passed in Australia. Witnesses told the committee on Tuesday that money has started flowing to Australian news organizations as a result.

While Google initially fought the Australian legislation, McKay said on Tuesday that the legislation is working.

“We spoke quite loudly about the need for a workable solution in Australia, which they have landed on,” he said.

Members of Parliament push back on the vote

Last week, Google continued its fight against Bill C-18 by releasing an opinion poll commissioned by Abacus Data. After asking general questions about the bill, the survey outlined some of Google’s concerns about the legislation and asked respondents if they thought it should be changed.

McKay faced some pointed questions from a number of MPs about that inquiry on Tuesday.

“You’ve often said that Bill C-18 will open the door to disinformation. This week we received all the data from a survey you commissioned from Abacus Data, where some of the questions commissioned by Google leave me a little confused about that determination to you have to counter disinformation.”

Champoux cited a question in the inquiry that suggested the bill gives the Canadian Radio-Telecommunications Commission (CRTC) “unprecedented, sweeping new powers to regulate every aspect of the news industry.”

“When you asked your question, did you clearly explain what the CRTC’s powers would be?” he asked. “Because in that case, you’re better off than us because we still don’t know exactly what powers the CRTC will have if C-18 is passed.

“What question exactly did you ask to come to the conclusion that 70 percent of people are concerned about the excessive powers the CRTC will have?”

Champoux also pointed to a portion of the survey that suggested Canadians would have to pay a cost if Bill C-18 is passed.

“I was very disturbed by the way Google approached that particular poll,” he said.

Media representatives who testified before the committee, including the Canadian Association of Broadcasters and the Alberta Weekly Newspapers Association, described the challenges their organizations have faced and the importance of quality news.

Several stressed the need for the legislation to help small towns and new news organizations that may struggle to hire two full-time journalists.

Ben Scott is director of Reset, a public policy group focused on the intersection of technology and democracy. He recommended that the legislation prioritize fairness between large and small news organizations and require any new revenue to go toward the production of journalism. He also called for more transparency or oversight of deals worked out between online platforms and media.