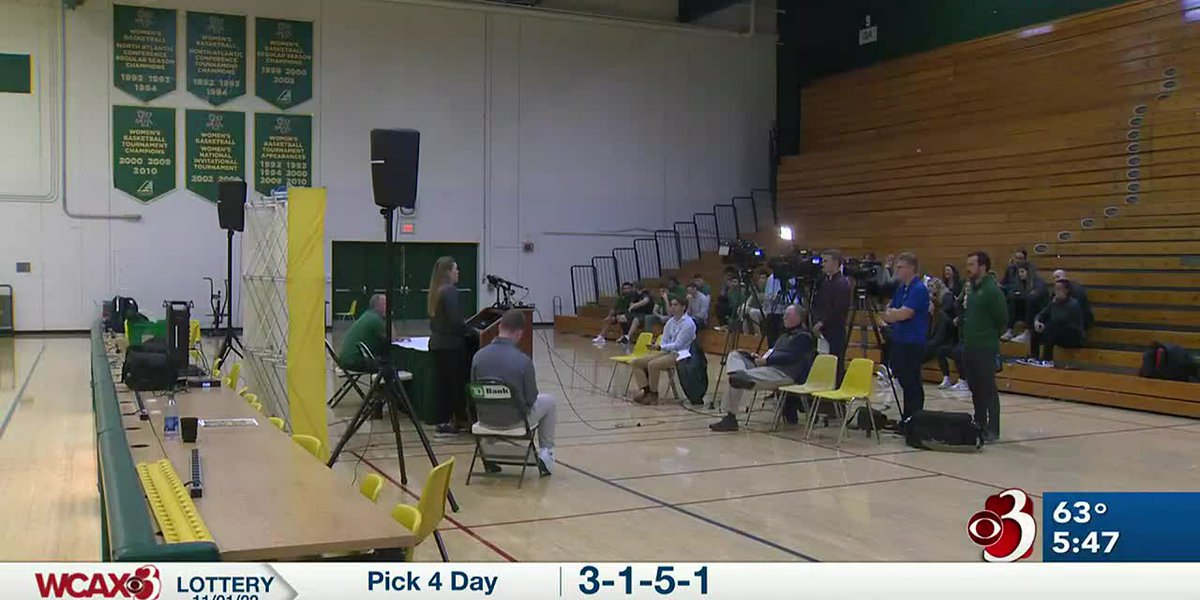 BURLINGTON, Vt. (WCAX) – After another conference championship on the men’s side and the best women’s season in more than a decade, both UVM basketball programs are ready for the start of their regular seasons next week.

Tuesday was UVM basketball media day at Patrick, a chance to meet some of the new faces and catch up with the familiar.

Let’s start on the men’s side, where there are LOTS of new faces. There are seven new players on the roster this year, and they needed the boost, with the team’s four leading scorers and eight players in total gone from the 2021-22 team that captured another America East crown and was oh-so-close to making the cut. Arkansas in the NCAA Tournament.

In comes last year’s Atlantic Sun Tournament MVP Dylan Penn along with a couple of other transfers and a quartet of talented freshmen. The returning vets are also expected to step up and play bigger roles, especially guys like Aaron Deloney, Nick Fiorillo and Robin Duncan. The biggest challenge is blending the new guys and vets into a cohesive unit, but head coach John Becker is up to the task

“You know, the seven new guys bought in right away when they got here this summer, and as a coach, it’s a big thing that we don’t have to convince them that we know what we’re doing,” Becker said. “They believe in us and they respect the guys that have been here.”

“Yeah, we obviously have seven new guys,” fifth-year captain Robin Duncan said. “But we also have seven guys returning along with Dylan Penn, who has experienced a lot of college basketball. All of us have kind of shown them what it looks like to win and what we want to do here in Vermont.”

“You come to a winning program with a lot of guys that are competitive and really come after it every day, from a basketball perspective, it’s meant a lot,” Penn said. “I’ve really enjoyed my time here and I’m really excited to see what the season has in store.”

On the women’s side, the Cats enter a season with probably their highest expectations in more than a decade. Last winter, Vermont posted its first 20-win season since the 2009-2010 campaign, and they advanced to the conference semifinals for the first time since 2013.

Four of the five starters from last year are back, with Emma Utterback and Anna Olson expected to carry much of the load as preseason All-America East selections. Vermont also breaks in five European freshmen so it will be interesting to see how they integrate into the team.

For the Cats, the biggest questions are how well they can fill the void left by longtime lineup Josie Larkin’s graduation, and how much this team can build on last year’s success as they look to finally return to the top tier of the America East.

“This is the first time in a while that this program has felt that anticipation,” said head coach Alisa Kresge. “So for a coaching staff, that’s something that we really try to pay attention to, how we use it as a motivational tool, but not let it get too big. Because at the end of the day, it’s basketball. Go play basketball.”

“I’ve really noticed the extra work that everyone puts in, and just like the pure heart and passion that everyone has to win,” Utterback added. “And they just love basketball, they love being here and I think that’s really special and it’s like building a really good culture here.”

The UVM men play their final exhibition game on Wednesday against Middlebury before hosting Brown to open the regular season on Monday. The women will face St. Mike’s in an exhibition on Friday before traveling to #11 Indiana on Tuesday.