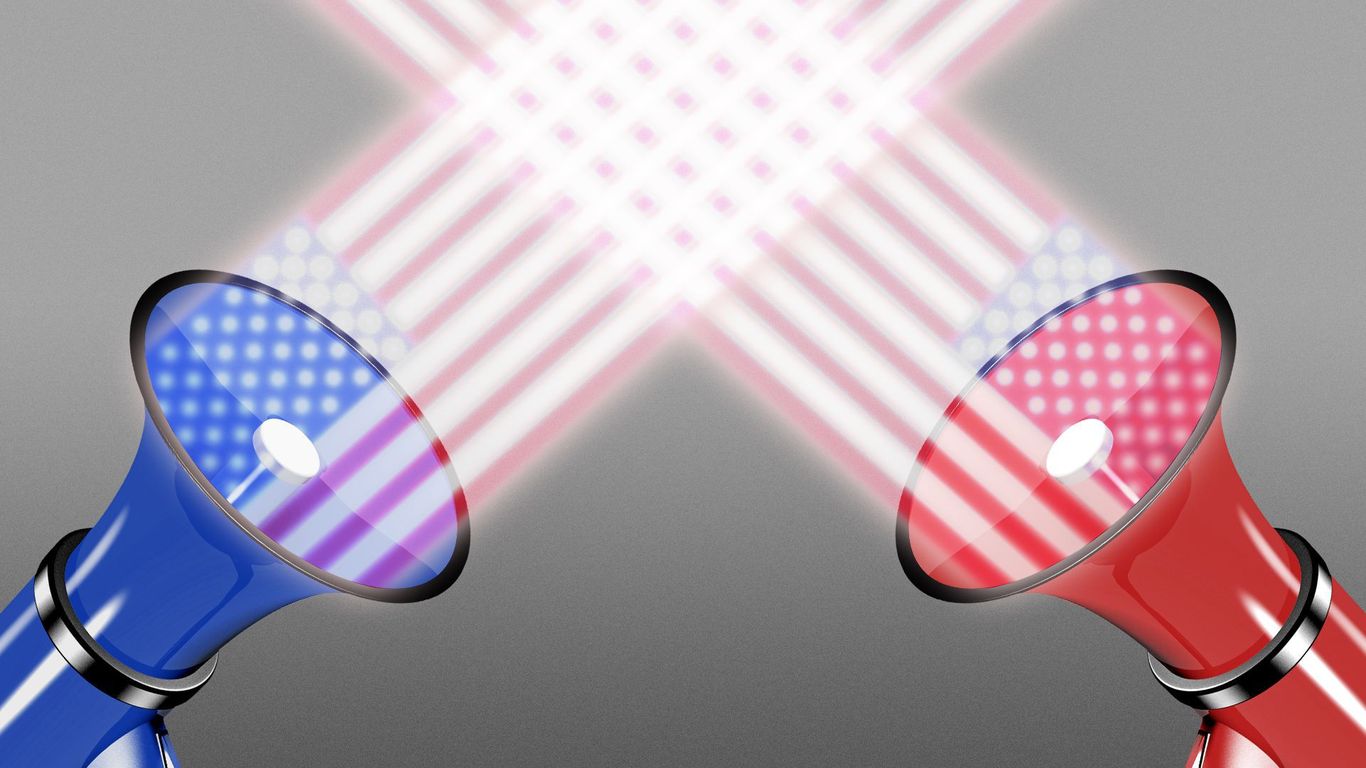 America is on the edge of the first truly parallel universe presidential campaign—where the parties speak to different groups of voters, in distinct media ecosystems, and push distinct realities.

The result: The right speaks to the right … The left speaks to the left … And the new silent majority – people who don’t marinate in tweets or cable news – left out like never before.

Our thought bubble, from Axio’s Josh Kraushaar: So-called silent majority voters have mostly tuned out political noise — they see it as a partisan kabuki show. They vote on the economy.

Zoom in: For a ’24 preview, look at this year’s re-election campaign by Florida Gov. Ron DeSantis (R), which is being staffed, financed and run as a precursor to a presidential run.

Zoom out: It’s not just Florida. Danielle Kurtzleben, an NPR political correspondent, wrote this summer that when she went to Wisconsin to report on how the abortion issue affected the midterms, “the idea was to do a story on the Democrats and one on the Republicans.”

The score: Polarized America is about to become even more so.