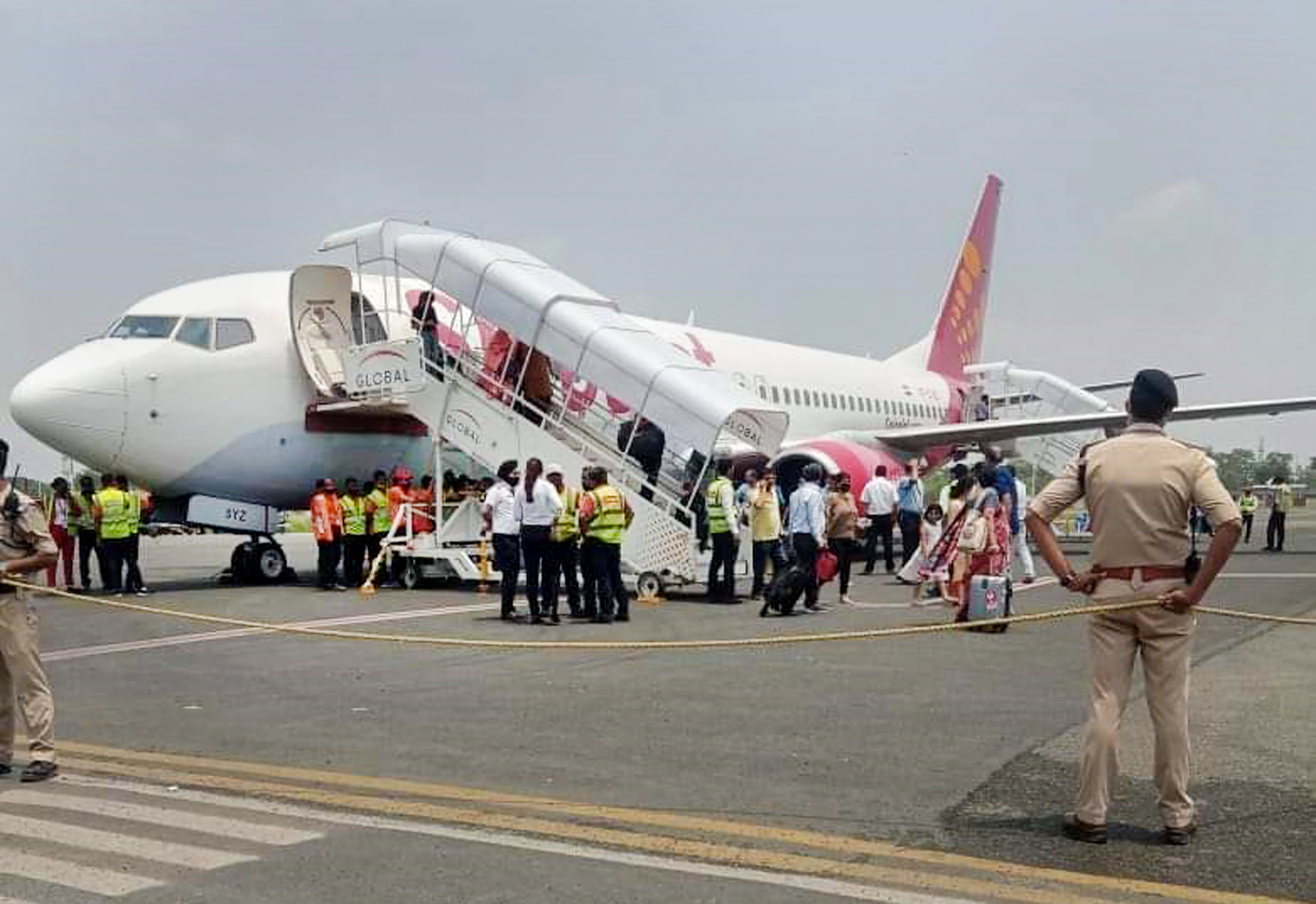 About 200 people aboard a Delhi-bound flight on Sunday had a close shave as the plane caught fire shortly after takeoff from the airport here and made an emergency landing minutes later, officials said.

The SpiceJet plane took off around 4:30 pm and according to Patna District Magistrate Chandrasekhar Singh, the local administration started receiving calls soon after that it was on fire.

“Many people, mostly residents of the nearby Phalwari Sharif neighborhood, started panicking after seeing the plane in flames. Thankfully, all 185 occupants are safe,” he told reporters at the airport.

Anchal Prakash, director of the Jayaprakash Narayan International Airport, said that arrangements had been made for the affected passengers to reach their destination by an alternate flight.

“On take-off, during rotation, the cockpit crew encountered a suspected bird strike on engine 01. As a precautionary measure… the captain shut down the affected engine and returned to Patna,” SpiceJet said in a statement. decided.” “The aircraft landed safely at Patna and the passengers disembarked safely. Post-flight inspection revealed a bird strike, which damaged three fan blades,” the airways said.

Many passengers shared their experience with the media with a mixture of fear and relief.

“I arrived at the airport distraught and fell asleep before the plane took off. Within minutes a judge woke me up. It was only after landing that I realized how lucky I was,” recalled one young man. What did

“The whole plane was shaking. We were panicking and the crew members were trying to console us. We were initially told that the plane would land at Behta or Arrah airstrip. Thankfully, it landed at the airport. ” said an elderly woman who also prayed over the pilot, whom she did not meet, for a presence of mind.

There seemed to be some confusion, however, about the period for which the plane had been in the air.

Airport officials said the emergency landing took place within 10 minutes of take-off while many passengers claimed they spent “15-20 minutes” inside the plane.

Safety concerns have always been associated with the airport here, which is surrounded by densely populated areas, including meat, fish and poultry markets that often increase the risk of bird strikes.

On 17 July 2000, the airport hit the headlines when a Boeing 737 from Kolkata crashed through a residential colony shortly after take-off, killing more than 60 people, including six local residents.

A court of inquiry, ordered later, said in its report that the runway was too short.

The work to relocate the airport to Behita from the city, about 30 km from here, has been on fire ever since. PTI