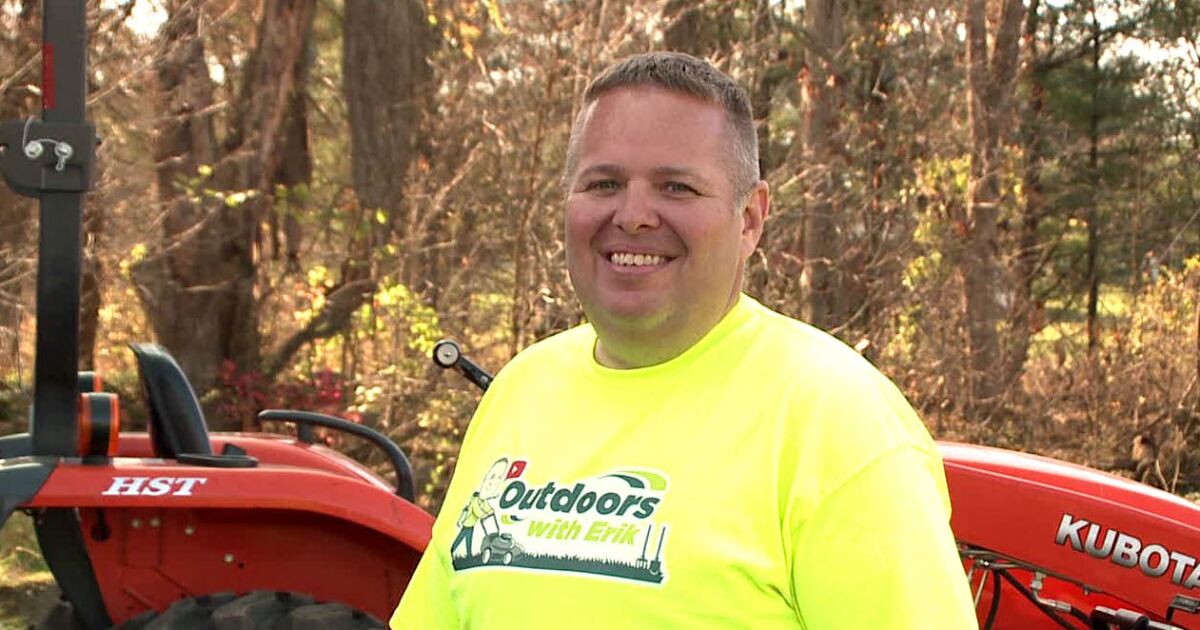 A West Michigan man has built quite a following on social media because of his work cleaning up his community. And he does it at no cost to the people he helps.

That’s why Erik Reed is the FOX 17 Pay It Forward Person of the Month with Lake Michigan Credit Union.

You may have seen Erik around town.

Maybe not your city, but he’s hard to miss no matter where you are.

He has 400,000 followers on his social media platforms but says his videos reach 40 million people a month.

And it is for good reason that he is doing well in his community.

His segment “Out with Erik” follows him and the sounds of his gardening equipment.

It started as a way to clean up his society

But as he transformed every place he worked; his mission morphed into spreading goodwill: Finding unsuspecting homeowners unable to mow their yards themselves.

He has help, mainly with his son Landon. He is mostly behind the camera but does some gardening. He is there for more than just helping society.

“It’s time we can spend together, and it’s fun when I power wash because the mud flies up all over me,” Landon said.

Erik carries on the values ​​that his mother instilled in him.

“I never knew she was struggling until I got older, and I’ve seen the struggle that she went through and said, ‘You know, she was always trying to help other people, but she went beyond her means and… One day, I I just want to give back to society,” explained Erik.

And he does it all for free.

“You hear people who are on social security and they’re living paycheck to paycheck and they’re literally on their last $100. They just want you to mow their yard. You’re using your money for bills, let me take care of your yard,” Erik said.

Even though he may refuse money from the people he helps, we are here to help him keep giving back.

Erik had several nominations and was chosen as FOX 17 Pay It Forward Person of the Month.

“I didn’t expect this, thank you, thank you. I’m going to take it and put it back into our business with equipment and fuel, and I just appreciate it. Thank you, I don’t know what to say,” Erik said when FOX 17 delivered the news that he was the Pay It Forward Person of the Month.

Lawncare is really slowing down for the season, but Erik said he has a snow blower coming.

As the FOX 17 and Lake Michigan Credit Union Pay It Forward Person of the Month, Erik will receive $550.

Know someone who should be our next Pay It Forward person of the month? Nominate them here.