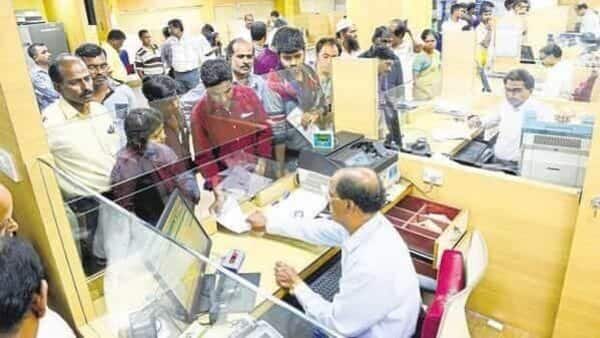 Bank lending has grown at a double-digit rate in 2022-23. In September, non-food credit growth surpassed 15% year-on-year for the first time since 2018. This is good news, as bank credit is often a key indicator of growth. The company uses bank loans to finance working capital as well as new investments. Households borrow to finance housing, education, consumer durables, vehicles and other personal expenses. Non-banking finance companies (NBFCs) borrow from banks to provide loans to customers. Therefore, a continued increase in bank credit usually signals an economic recovery.

Since 2000, India has experienced three periods when real economic growth exceeded 7% for continuous stretches. Each phase is preceded, and sometimes accompanied, by a surge in lending. This is because bank credit continues to play an important role in financing economic activity, despite the rise of alternatives such as non-banking companies and foreign loans. Bank finance constitutes 47.5% of total resource flows to the commercial sector in 2021-22.

What will it take for SBI Card stock to recover?

Credit stimulus, a more nuanced metric, has also picked up after a long negative period during the pandemic. Measured as the change in the flow of bank credit as a percentage of GDP, the credit stimulus is better able to predict a recovery than a slowdown. For example, in the early stages of the recovery, the rate of credit growth may be low, but if new credit increases at an increasing rate, it can provide a “boost” to investment demand. Credit momentum has been positive for four quarters now, raising hopes for a revival in investment.

Two developments threaten this confidence. First, credit to the industry. True, an increase has been seen this year, but this may be due to several factors that may not actually translate into investment. In reality, sluggish growth over the past decade means that the industry’s share of total bank credit has declined significantly from 45.7% in March 2013 to 25.7% in August 2022.

This year’s growth can be explained by the high cost of fuel and raw materials, which may lead to the need for additional financing. Some bank loans may have replaced more expensive foreign debt. Rising interest rates may make it cheaper to borrow from banks than the bond market. (Minimum cost of funds-based lending rates are relatively cheaper than rates based on external benchmarks.) All of this suggests that the increase in industry credit may be a response to current conditions, rather than a sign of higher investment spending.

The second threat is deposit growth. Banks rely mainly on deposits from the public to fund their loans. Since April, while credit growth has surged, deposits have grown at a steady 9-10%. This delay has created a funding gap. Banks need to mobilize more deposits or raise funds from other sources to reduce these resource constraints.

Recently, some banks announced higher deposit rates to attract more savings. However, given the large lack of deposits, banks may need to raise additional funds through other instruments such as certificates of deposit (CDs) or bonds. Unfortunately, even though Indian households like to keep most of their savings in bank deposits, they may not be able to bridge the deposit-credit gap. This is because household savings are under pressure from inflation, while consumption is rising due to pent-up demand from the pandemic. If banks cannot obtain more resources, they will face constraints on credit growth.

By far, the biggest concern for banks is the worsening economic scenario, which is a risk to investment and consumption growth. The International Monetary Fund predicts a contraction in a third of the world’s economy by next year, and stagnant growth in the US, Europe and China. A global slowdown of this scale will affect India’s exports and the outward-oriented service sector. In domestic manufacturing, capacity utilization remains well below the 80% level that would normally require new investment.

The current high interest rate high inflation environment is not in favor of bank credit. Households avoid loans when prices are high or rates rise. Corporates may also become cautious as the festive rush slows down. In other words, an increase in bank credit, while welcome, does not guarantee a genuine recovery in demand. This requires an increase in real income, which in turn will drive a continued increase in saving, consumption and investment.

Deepa Vasudevan is a freelance writer in economics and finance.

In Opinion, Manu Joseph tells how Rishi Sunak made ambassador of Hinduism. Data analysis by Jayati Sharma & Sahil Deo shows India has been ranked high in the US. Deb’s secret tells why the “garden” of Europe is under severe blight attack. Long story predicts the future of the energy crisis is now.