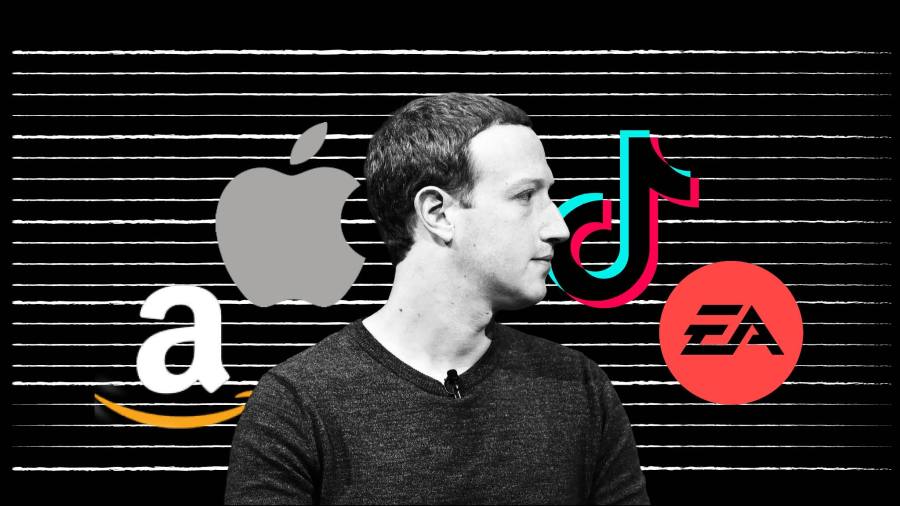 A decade-long era of explosive growth in social media advertising has come to an abrupt halt. Who Killed the Boom?

But the most striking signs of weakness have been concentrated on social media platforms.

US advertisers are on track to spend $65.3 billion on networks like Facebook, Snap and Twitter this year, a year-over-year increase of just 3.6 percent. That’s about 10 times slower than in 2021, according to eMarketer estimates.

The decline in social media is such that its projected growth rate for 2022 is almost the same as traditional media such as TV and radio, whose audiences have been declining for years.

Meanwhile, major advertising agency groups have sidestepped the digital turmoil: WPP, Omnicom, Publicis and Interpublic have all raised their forecasts for the year. “Snap called the advertising recession in the first quarter,” said Mark Read, WPP’s chief executive. – We are still waiting for that to happen.

So who are the suspects in the social media heists?

Marketers from financial services to consumer goods “all need to rethink”, says Phil Smith, director general of ISBA, the body representing UK advertisers. “There are certain things that it would be tone deaf to try to go out and sell right now.”

Colgate-Palmolive said Friday it would curb its marketing spending. But Coca-Cola and Nestlé do the opposite. Sir Martin Sorrell, chief executive of S4 Capital, noted that the overall digital advertising market was still expected to grow significantly over the coming year. “Rumors of its demise are greatly exaggerated.”

Social media platforms may feel the brunt of any pullbacks due to their advertiser mix. Read of WPP said digital platforms were more dependent on aggressive campaigns by venture capital-funded companies seeking market share. “Quite a lot of that funding has dried up.”

Short video has elevated social media. TikTok is luring billions of eyeballs away from Instagram and Snapchat. But as consumers’ attention spans decrease, so does the time to serve them advertising.

Even TikTok has not managed to monetize its advertising, according to staff at the loss-making company. Analysts at eMarketer estimate the platform will generate about $5 billion in ad revenue in the U.S. this year — a fraction of Facebook’s revenue.

Instagram, meanwhile, has been banking on Reels, its own short-form video format, much to the chagrin of some prominent users. “Stop trying to be TikTok, I just want to see cute pictures of my friends,” complained Kim Kardashian and her younger sister Kylie Jenner.

The TikTok challenge can only get tougher. Sarah Simon, media analyst at Berenberg, said: “There’s a lag between usage and monetization so it’s probably going to be even more of a threat next year and beyond.”

Just this week, Meta accused Apple of “underestimating others in the digital economy . . . to grow its own business”.

But Meta executives insisted on Wednesday’s call with analysts that the threat from Apple’s app tracking changes “reduced” in the third quarter, after it developed new tools to measure ad performance.

As interactive entertainment boomed over the past decade, game publishers became major advertisers for digital platforms. Mobile game developers became particularly adept at calculating the return on every dollar spent on Instagram or YouTube.

But Apple’s privacy changes are disrupting advertisers’ ability to make those calculations, just as gamers began looking up from their screens after two years of the coronavirus pandemic.

In August, Electronic Arts CEO Andrew Wilson pointed to “some macro mobile slowdown”. While gaming has proven resilient in past recessions, that was before the advent of free-to-play mobile gaming.

The impact of this trend is already showing in Apple and Google’s app store revenue, much of which is driven by social media advertising.

Apple’s chief financial officer, Luca Maestri, described “some softness” in gaming due to “macroeconomic headwinds,” which he expected to continue. Philipp Schindler, Google’s chief business officer, blamed a “decline in user engagement in games” for weaker sales in the Play store, which created “downward pressure on our ad revenue.”

Retailers including Walmart and Target have quietly built their own digital marketing companies, following Amazon’s lead. It has effectively opened up a new competitive threat to social media platforms.

Advertisers suddenly have more choices about how to reach consumers. Search and banner ads can also reach customers closer to the point of purchase, an important factor for some marketers.

So-called retail media have also been less affected by recent privacy changes such as those implemented by Apple, as they do not rely on “third-party” data that tracks users across the web.

“Some of Facebook’s [ad dollars] coming to Walmart, Target and, obviously, Amazon,” says Berenberg’s Simon. Amazon said this week that its advertising revenue rose 25 percent in the third quarter to $9.5 billion.

As frustration grows on Wall Street over Meta’s refusal to scale back investments in the metaverse in the face of a slowdown in advertising, some investors and analysts see Facebook’s founder as the biggest threat to the company’s longevity.

Analysts at MoffettNathanson even compared Meta to the traditional media companies that Big Tech has disrupted over the past decade. “Once again, with each passing quarter, the drumbeat of Meta’s steady decline from the competition seems more and more credible,” they wrote.

Mark Mahaney, an analyst at Evercore, challenged Meta executives on Wednesday’s call about its progress in rebuilding the ad targeting tools hampered by Apple’s privacy changes. “It had a significant financial impact,” he said. “And listening to the conversation, I don’t hear it as a big investment priority.”

Meta executives insisted they had improved its ad technology. But Zuckerberg himself — as the last founder to lead a Big Tech company in Silicon Valley, whose controlling stake ultimately insulates him from any investor fury — was unapologetic.

“I would just say there’s a difference between something being experimental and not knowing how well it’s going to be,” he said, adding, “I think those who are patient and invest with us will be rewarded. “